Fundraising and dealmaking took a hit in the first half of 2020, but industry experts are now beginning to see some shoots of recovery return to the market. 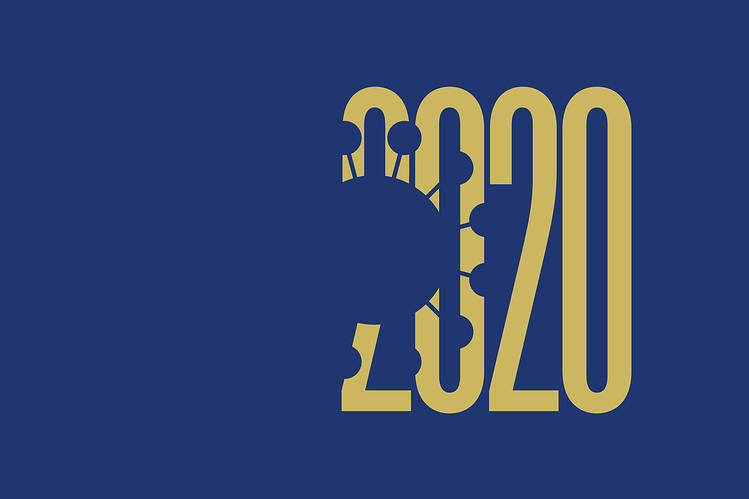 Coronavirus dominated the ﬁrst half of 2020 for private equity.

Many ﬁrms were hunkering down, or desperately trying to shore up portfolio companies struck by the economic tidal wave brought on by the impact of the virus.

As a result, the number of deals in Europe in the second quarter fell by almost a third compared with the previous year, according to data from PitchBook. In the UK & Ireland, it was even worse, with deal activity down almost two-thirds.

Even fundraising was subdued. The ﬁrst half saw 38 funds in Europe raise €19.6bn, down from

€40.4bn in the same period in 2019 across 49 vehicles, according to PitchBook. There were no buyout funds closed above the €2.5bn mark, however CVC closed a €21.3bn buyout fund in July – Europe’s largest ever.

Yet, while Covid-19 – and its economic impact – remains an uncertain presence, there are signs that private equity activity is starting to pick up, according to a new report from Bain & Company.

Private equity ﬁrms returned to the deal table in June – in a virtual sense at least – with some general partners “seeking out opportunities to buy assets at the cycle’s nadir”, Bain’s report said. The number of deals in June were nearly double what was recorded in April.

Bain director Hugh MacArthur said the speed of the turnaround marks a contrast with the years after the ﬁnancial crisis, when many ﬁrms were much slower to get back into the market. This time around, he said, the rebound is being hastened by the massive $2.6tn in unspent capital at the industry’s disposal and the number of distressed assets available.

Christian Hess, private equity client group head at Investec, said he expects September to be busier as a meaningful proportion of more than 50 live deal processes that had paused may come back to market. The type of deals could be very diﬀerent than what was envisaged previously, he added, forecasting that primary buyouts will come to the fore as companies and entrepreneurs look to dispose of businesses in the harsher economic times.

Over the ﬁrst half of the year, some private equity ﬁrms have tried to boost their portfolio companies with bolt-on acquisitions. The result: bolt-ons make up a record 61.2% of all deals in the ﬁrst half of 2020 in Europe, according to PitchBook.

“This period is perfect timing to consolidate the market on strong platforms,” said Philippe Poletti, CEO of Ardian France.

The Paris-based ﬁrm led the way in dealmaking overall, completing 26 deals with a total disclosed value of $2.5bn over the period. Several of those deals were bolt-ons.

The median deal size in Europe fell to €25m in the first half of the year, from €35m last year. There were only two deals sized between €1bn and €2.5bn in the second quarter.

“The trend prior to Covid-19 was a larger deal environment in Europe and across the globe,” PitchBook analyst Dominick Mondesir told PEN.

“We saw in this quarter this was ﬂipped on its head. Median deal size dropped, financing was a lot more restricted and GPs were unlikely to make outsized bets and acquisitions in this uncertain volatile environment.”

Last year saw 18 public companies taken private in deals worth €21.1bn. However, this trend didn’t continue in the ﬁrst half of 2020, according to data from Preqin, which recorded only three take- private transactions worth €4.2bn in Europe.

These included the £577m acquisition of UK-listed healthcare communications business Huntsworth by Clayton, Dubilier & Rice in May; and the $3.9bn buyout of cybersecurity software provider Sophos by Thoma Bravo, which, although announced last October, closed in March this year.

Analysts at PitchBook expect public and private carve-outs to “considerably pick up in the second half” as government support for companies winds down, and a second wave of coronavirus takes its toll, forcing companies to sell business to raise cash and deleverage.

The largest carve-out over the period was Hellman & Friedman’s €2.9bn acquisition of Germany- headquartered AutoScout24 from Scout24.

The value of exits in Europe is on pace for its lowest annual total in six years. In the ﬁrst six months of the year there were 285 exits worth only $81bn, according to figures from PitchBook, down from 508 for a total of $111bn in the first half of 2019.

The majority of sales were to strategic buyers, accounting for nearly half of all exits.

“Armed with little reliable data in a constantly shifting environment, it’s no wonder that buyers and sellers might have difficulty agreeing on what any company is worth right now. That shows up in the anaemic market for exits, which are depressed across the globe,” Bain’s MacArthur said.

Many of the companies that went bankrupt were in travel, retail and restaurants. The UK topped the list with 18 bankruptcies, followed by Germany with 10 and France with six.

The decline in bankruptcies was likely helped by unprecedented level of government support to prop up companies in many countries across Europe. PE-owned companies may also beneﬁt from better knowledge about financing options such as debt restructuring or renegotiating covenants, said Pradeep Khurana, managing director of advisers ContinuServe, which helps mid-market PE groups with their portfolio companies.

Some analysts argue that the relatively benign insolvency figures could turn ugly in the coming months as government bailout money is exhausted and the economic outlook declines.

Maxime Lemerle, head of sector and insolvency research at credit insurance company Euler Hermes, said in a report published last week that the bulk of insolvencies are still to come, expected mainly between the end of 2020 and the first half of 2021. He forecasts a 35% increase in global insolvencies by 2021, cumulated over a two-year period, with half of the countries on the company’s insolvency index recording a new high since the 2009 financial crisis.

The prevalence of covenant-lite loans may have helped private equity ﬁrms through the coronavirus crisis, making it less likely that portfolio companies would breach covenants and buying them more time. But the pandemic could hasten a rethink on covenant-lite.

Advent International and Cinven, the private equity ﬁrms that acquired Thyssenkrupp’s lifts arm in a €17.2bn deal, in June agreed to tighten the terms of €7.1bn in debt ﬁnance in lenders’ favour, according to a person familiar with the matter.

Many transactions that closed recently were underwritten by banks before the outbreak of Covid-19 and had looser covenants, said Guy Israel, vice president at MV Credit’s investment team.

But lenders have started to demand tighter terms, Israel said, including by putting limitations on how much additional debt a company can incur and on the borrower’s ability to make payments through dividends, distributions, equity redemptions and repurchases from its equity holders.

He has seen more encompassing most favoured nation (MFN) clauses – through which any favourable changes to a second agreement between a borrower and a lender are made to the ﬁrst agreement as well. Lenders have also started looking at introducing environmental, social and governance requirements in loan documents.

To contact the authors of this story with feedback or news, email Selin Bucak and Elisângela Mendonça